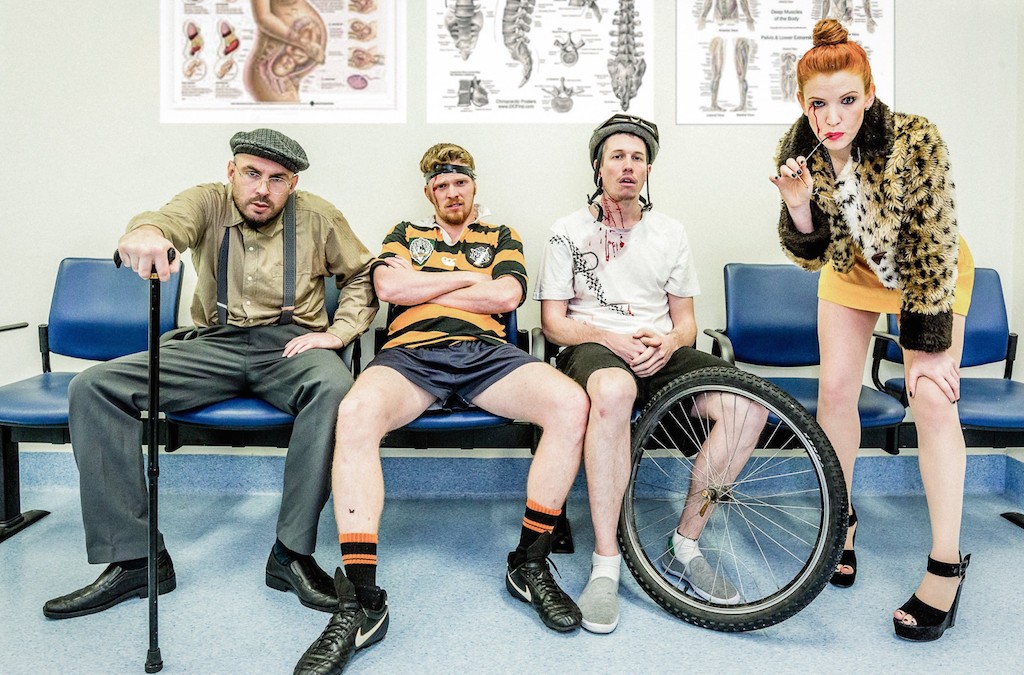 Nominated for an Australian Music Prize for their debut record, progressive 4 piece rap/beats crew DAILY MEDS are back with sophomore album SOUR MILK, a powerful snapshot of our times captured through ferocious raps, soaring vocals and next level beats.

Lead single from Sour Milk ‘Behind The Radar’ has made already made an impact receiving spot rotation on triple j and reviews like this from The Vine – “Consider us excited for the album”. The ‘Behind The Radar’ East coast tour boasted an explosive showcase set at BigSound, wild headline spots in Sydney and Melbourne and a Manifest Festival performance that Scenestr simply called: “phenomenal.”

The warp-speed rhyme schemes, and subversive lyricism of P.SMURF and MIKOEN, are enhanced by BILLIE ROSE’s soulful, arresting vocals, with a songwriting style that explores the polarity of vulnerability, softness and empathy with strident beauty, ferocious anger and wild outrage. ROLEO’s deft future beats production pulls these diverse elements together, a reflection of why the beatmaker was sought as tour support for Flying Lotus, Hudson Mohawke, Rustie, Samiyam, and for official Hermitude and Thundamentals remixes.

SOUR MILK unleashes passion and imagination throughout, a future dystopia wearing spacesuits of trap-hop, [Purple Planet], the rally against creative blocks [Daily Grind], the pleasure and drain of drugs and alcohol [Strange, What Goes Up], badly behaved aussies overseas [Superman] and the money trough that divides people [Money In The Bank Ft Dialectrix].

From One Blink’s initial attraction, the pining heart in Beautiful Place, the relationship doubt of title track Sour Milk, to ignoring unrest to feed something real [Fuck 2Night], and the eventual despair and desertion of Don’t Tell Me, Daily Meds speak with open hearts about human interaction, inequity, government, and terrorism like no other artists in the country. They get critical in Nothin But Music and join forces with old mates Thundamentals to assert their position as Modern Day Messenger.

Press for the ‘Behind the Radar’ Tour

Something real in Australian hip hop, and not a moment too soon.
Samuel J. Fell, The Music

‘Behind the Radar’ is an ugly duckling of a song, all tub-thumping right angles and odd progressions. But you can’t deny it works, and in Billie Rose Daily Meds have a secret weapon that lifts them clear above the pack. Consider us excited for the album.
The Vine

Daily Meds manage to create music that simultaneously makes you want to start a riot…and dance your ass off.
Jen Loves Hip Hop

If ‘Behind The Radar’ is anything to go by, then we can look forward to another highly acclaimed release from the Daily Meds collective!
Speaker TV